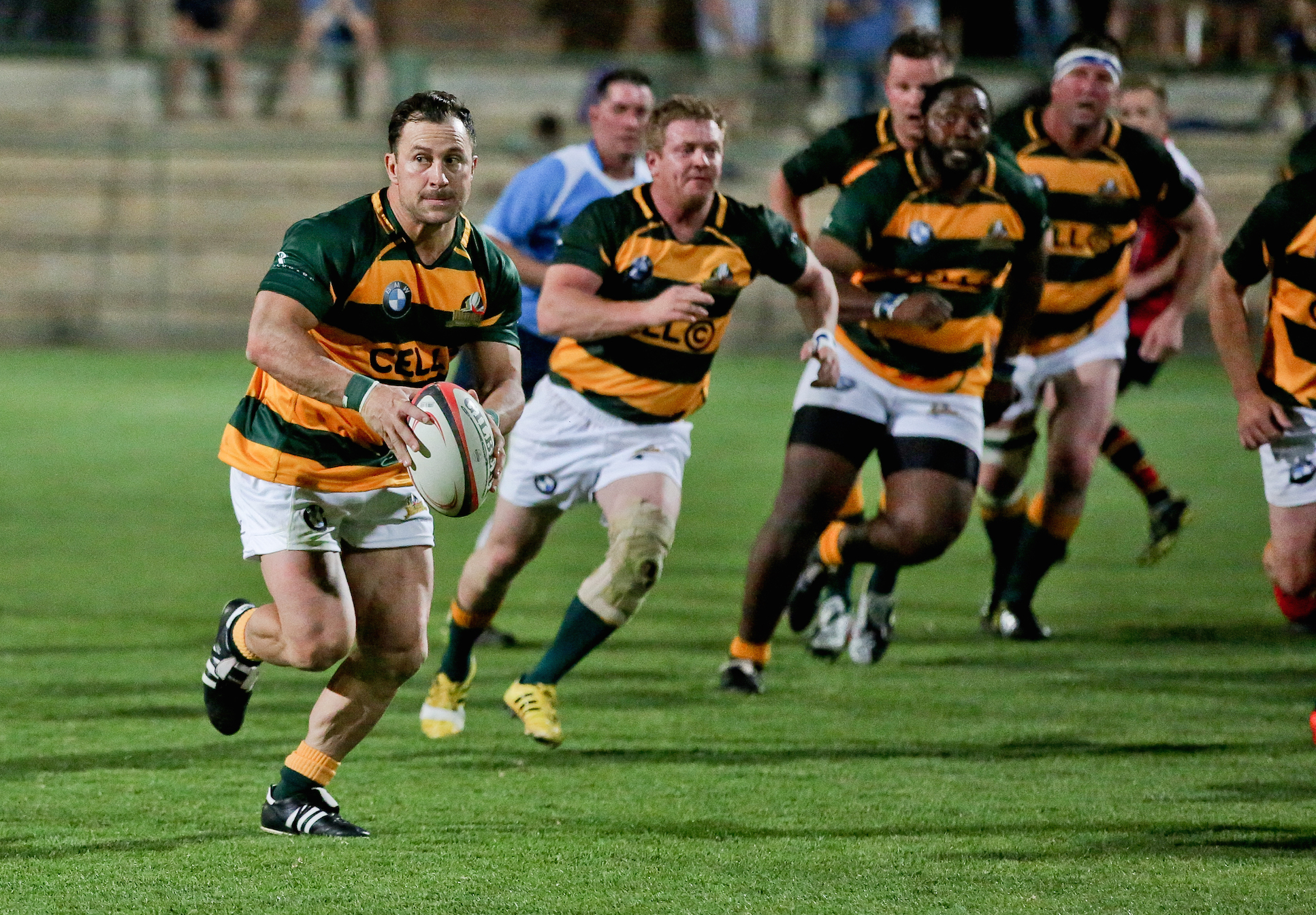 Legendary scrumhalf, Dave von Hoesslin, will once more don the SA Rugby Legends J9 jersey to run out for the team on Tuesday August 8, when they face the Tuks Legends for another legendary encounter.

The team, coached by Ian McIntosh, with legends Krynauw Otto and Warren Brosnihan as team managers, will face up against a Tuks Legends squad compiled by former Bulls and Sharks lock Werner Cronje and coached by former Springbok Captain Wynand Claasen.

Prior to this, coach Ian McIntosh wil be joined by some of the Legends from both teams for a coaching clnic at 3.30pm, with over 200 children from the Pretoria area.

The clinic, and the match, which kicks off at 6pm, will take place on the Tukkies A field at the High Performance Centre.

#Rugbyunites Storms The Cape To Feed The Hungry