The South African Rugby Legends Association’s (SARLA) #Rugbyunites charity chal-lenge continues to pick up pace. And on Saturday, 8 August, from 10h30 to 13h00, the Eastern Cape becomes the fourth province to join in, with the Southern Kings putting their considerable might behind this great cause. It is all happening at Sunridge Su-perspar, No 2 Sunridge Park Shopping Centre, Kragga Kamma Road, Sunridge Park, Port Elizabeth.

So far, competing rugby unions from KZN, Gauteng, the Free State – and now the Eastern Cape – have all pitched in to shop and put together food parcels to help hun-gry communities affected by COVID-19. And over 10,000 food parcels have been dis-tributed over the past 12 weeks. This week’s food parcels will be distributed by Emama Nutrition, an NPO in Motherwell, which provides food and shelter for local people in need.

The #RugbyUnites challenge is sponsored by Cell C and Richmark Holdings; and was originally created by SARLA President and Richmark Holdings CEO, Gavin Varejes. Gavin says, “We’re keeping it going and taking it all over SA when people really need it. There’s more to sport in South Africa than just playing on the field. It’s about enrich-ing people’s lives. And even though our players aren’t competing at the moment, they can provide that enrichment through charity. Thanks to the Kings, Cell C, Elton and everyone else who has joined us, for making Rugby Unites count.” 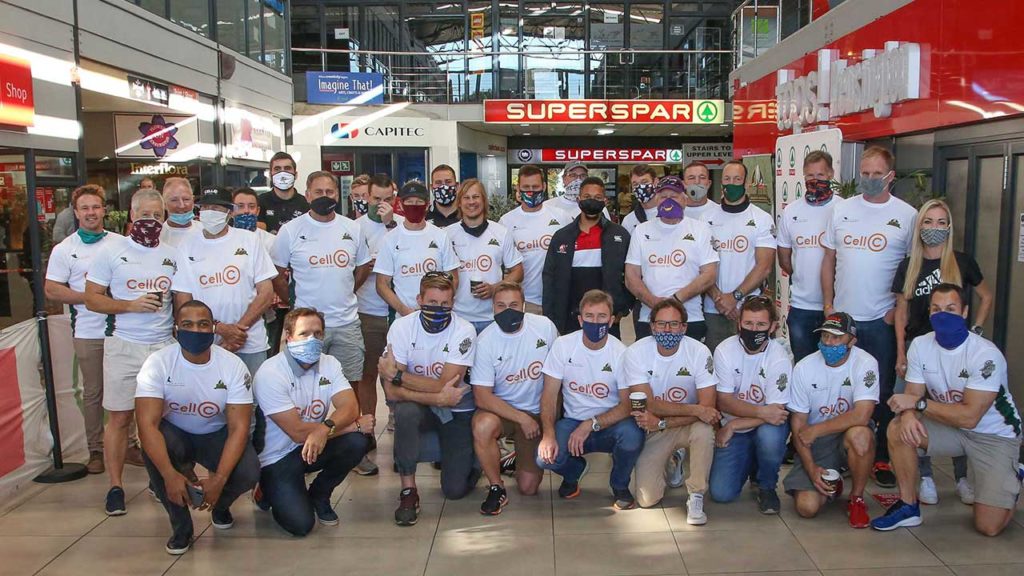 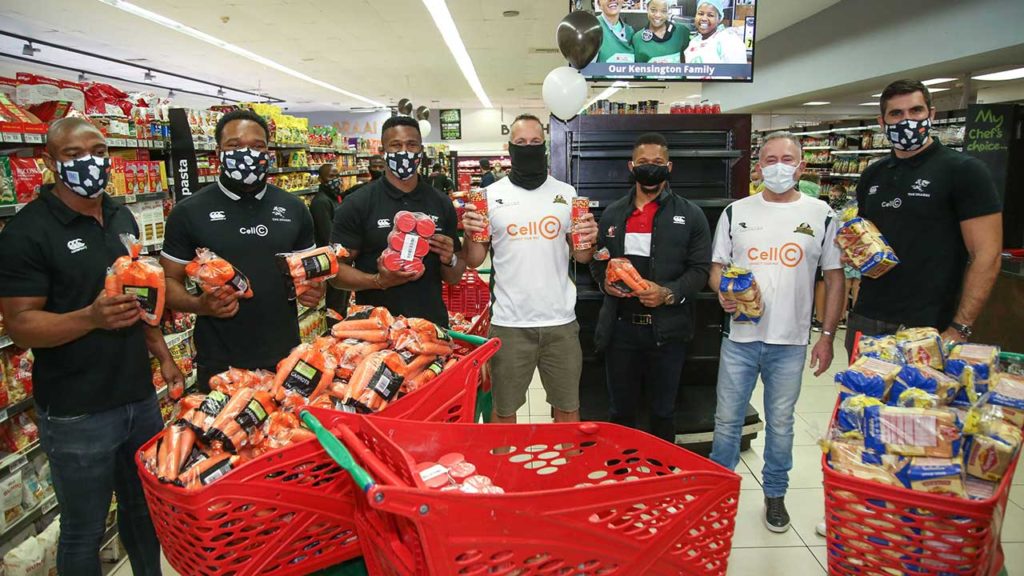 Lions Rugby Captain Elton Jantjies has been pitching in every week and once again joins the team as the Kings play their part in #RugbyUnites. Robbi Kempson, High Per-formance Director and Interim Head Coach for the Southern Kings says, “We couldn’t let ourselves be outdone by the other rugby unions! And this is a meaningful chal-lenge that the Kings are extremely proud to be a part of. COVID-19 has had such a devastating effect on South African communities and we absolutely have to help. The reality is, people are starving. It’s our responsibility to stop that from happening wher-ever we can.”

CEO of Cell C, Douglas Craigie Stevenson, said, “Rugby Unites is becoming an insti-tution. And as we see more rugby unions and the public coming on board to help, we couldn’t be happier. Our people and our economy have been under severe strain dur-ing this pandemic. We really hope that we can make a dent in that; by continuing to feed people in need through this initiative. I encourage members of the public to sup-port this worthy cause.”

#RugbyUnites certainly shows no signs of slowing down. And with the added muscle of SARLA and South Africa’s top rugby unions behind it, we can only hope that it con-tinues its upward trajectory, so that fewer South Africans are faced with hunger as the events of the pandemic take their toll on the country.

To stay up to date with news about SARLA’s continued efforts to support local commu-nities, follow the SA Rugby Legends on Facebook.